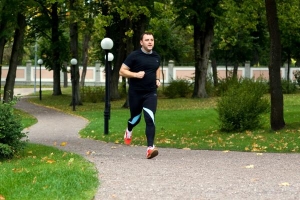 The running event “December 2008” was for me a breakthrough as for this hobby. After quitting smoking, I started to move my body more. Walking and jog-trotting developed gradually into running in a couple of months. I was running on running treadmill in winter and outdoors in other seasons. By now it has become a part of my daily routine. So, I can say that running 10-15 km forms a part of my lifestyle.